This is a really good autumn for geese as well as harvests. At Martin Mere in West Lancashire there’s record numbers of pink-footed geese down from their summer breeding grounds in Iceland – 36,600 on the reserve, and another few thousand in the surrounding fields. They don’t normally have this many geese until later in the autumn. I went to see them a couple of weeks ago and found it baffling trying to make sense of the spectacle; like trying to keep track of ripples on a river or count stars.

Drawing the geese on the water and preening themselves on the shore was bad enough but trying to sketch them coming into land was definitely the hardest thing I’ve tried to do in a long time. I ended up abandoning pencils and just sketching directly with watercolours, because its faster. There’s no time for rubbing out or a second chance, you just have to draw as fast as possible. I found that I could draw them flying with just a couple of lines, but getting those two lines right meant I had to watch them for ages. It’s fairly easy to draw what you think you see, a lot harder to draw what you do see. Drawing from life can be incredibly frustrating, but I do feel a sense of accomplishment when I draw something that looks OK. Or even OK-ish.

I sometimes question why I like drawing birds and animals so much. I think it’s partly because its so difficult, I like the challenge, but mainly because in order to get anywhere you have to look so carefully, which means you end up seeing interesting things. That Friday I saw three or so enormous carp fish swimming around the geese, their backs right out of the water. The biggest must have been almost a metre long. It looked totally bizarre, like a school of mini porpoises. 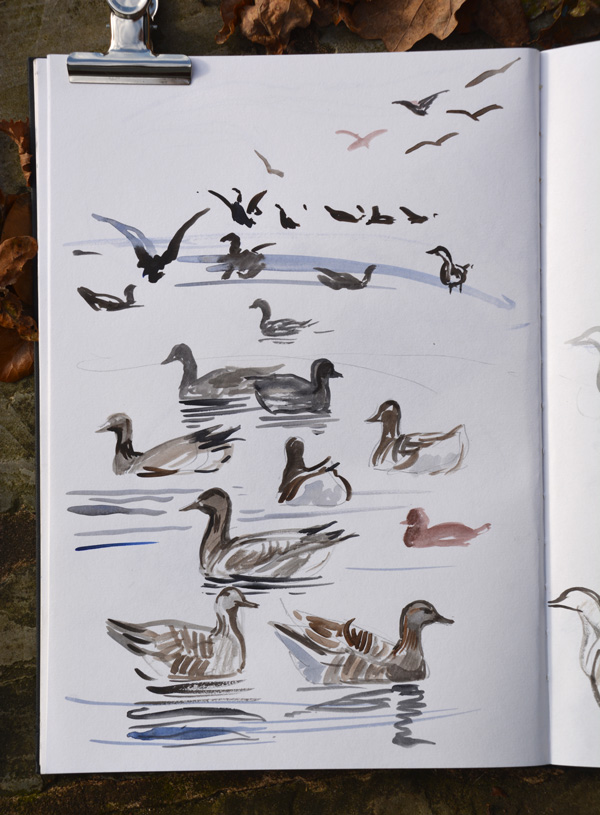 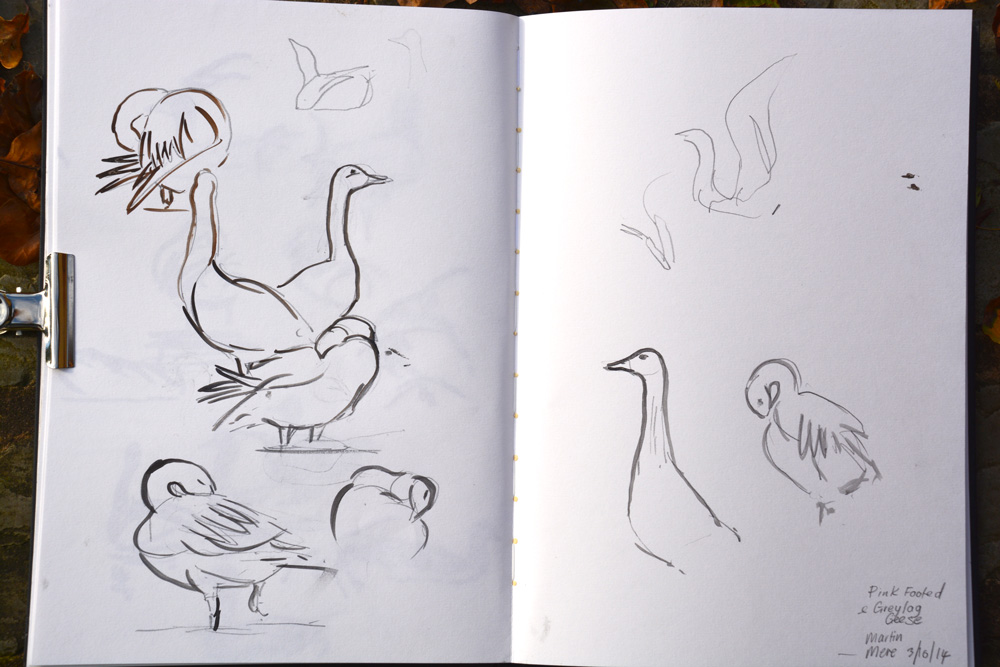 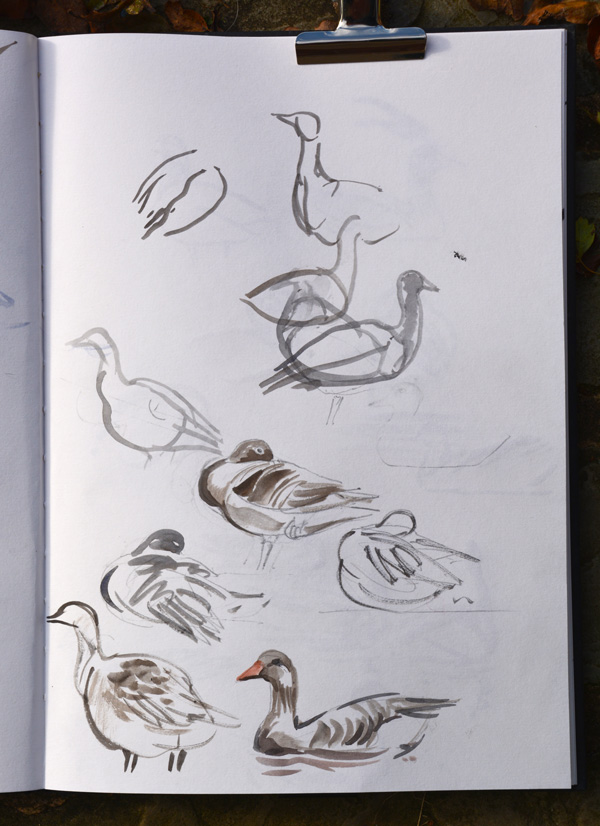