Some sketches of Shetland birds. Rather mucky and smudged, due to my sketchbook being whipped around in the wind. Not sure what my favourite subjects were here but probably the puffins; they’re incredibly obliging subjects and easy to anthropomorphise. They make the funniest noises. One waddled into its hole right next to me and growled and girned away. Their holes look like rabbit burrows. Mainly I just like watching birds, drawing them is just a way to remember them.  The gannets were the most difficult due to the conditions, strong NE (cold) winds were blowing over the top of the cliffs. I had to perch right on the edge at Hermaness to draw them – 170 metres at the highest point. An amazing spectacle worth suffering for at least temporarily. Fortunately I’d just finished knitting a hat and scarf which were ideal for the July weather.

No drawings of bonxies (Great skuas), frankly they are too damn scary. If you venture anywhere near the breeding grounds of these birds, and you can’t really avoid this on Unst, then they come swooping at you right above your head. They don’t actually hit you, unlike the tirricks  (Arctic terns), but the sheer size of them is pretty terrifying. It’s helpful to carry a big stick to wave above your head. Shetland holds half the world population of bonxies. Actually I’m quite glad they’re not more widespread.

The red throated diver was incredibly beautiful; my sketches don’t do it justice. It was in a small lochan at Eshaness on the far west of the mainland.

Other lovely birds I saw and watched but didn’t draw: peerie scarf (shag – a scarf is a cormorant, and peerie means small), tirrick (arctic tern), swaabie (greater black backed gull  – also very scary but can be fended off with smoked cheese if hurled far enough!) whaup (curlew?) peeweet (lapwing), peerie whaup (whimbrel) tistie (black guillemot), guillemot, Shetland wren, dunlin, whooper swan, arctic skuas, and my favourite of all which are the tiny alamootie (storm petrols). Lovely little birds that fly in to roost in old stone walls after dark, so to see them in July you go out at midnight. They superficially resemble bats in flight, but every so often they collide – they’re not actually very good at flying in the dark, they just do it to avoid predation. The stunned ones tumble sometimes to the ground but recover swiftly! Best place in Shetland to see them is Mousa broch, a 2000 year old tower/fortress. 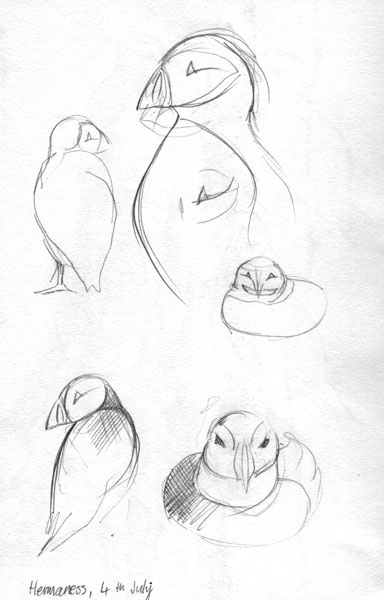 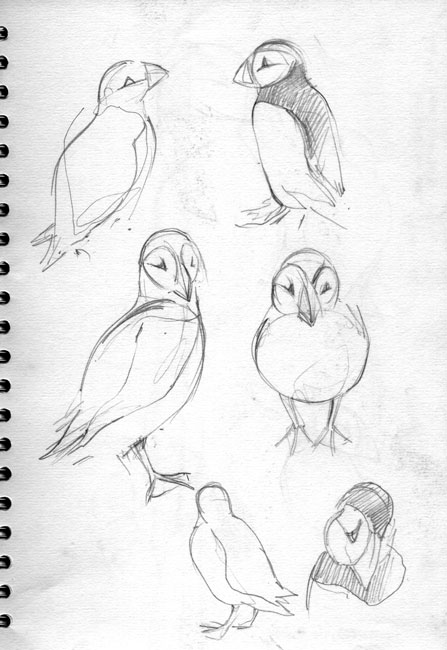 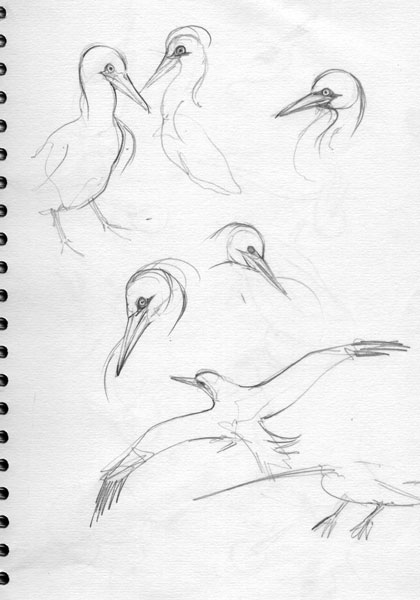 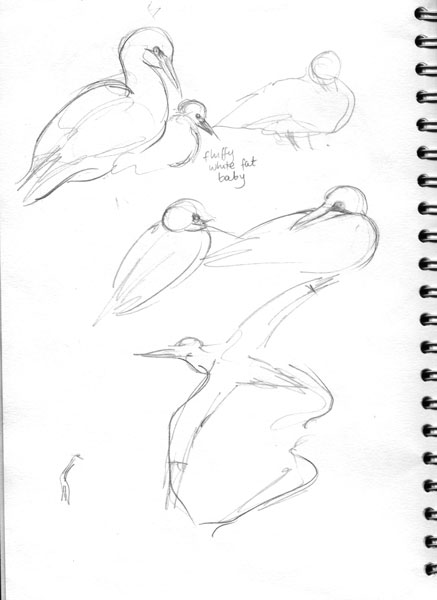 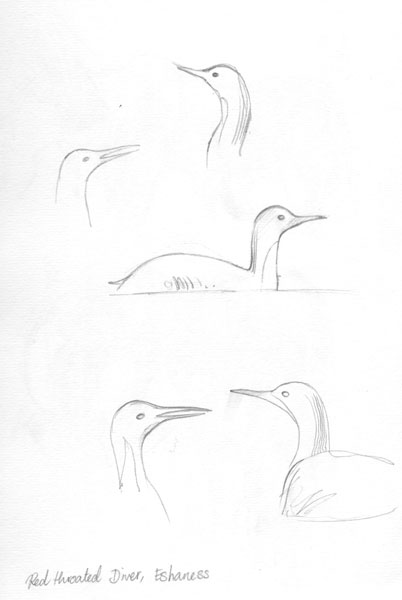