I’ve spent much of the last two weeks staying near Warrington after an operation on my sinuses which forced me into semi isolation. Inactivity probably has its plus side, but mainly when you’re well enough to appreciate it, which I wasn’t most of the time. Anyhow, my quarantine was enlivened by Sheep Watching which I could do from the kitchen window. The trees are also really beautiful, lots of different kinds including poplars which wave around crazily in the wind. Managed to sketch sheep and trees on my last day. I have now legged it back to Lancaster where it is blowing a crazy gale.

Sheep are nice to draw and paint, like clouds their shapes are defined by shadow and to paint them you have to paint around them. Close up they also have  really expressive faces. 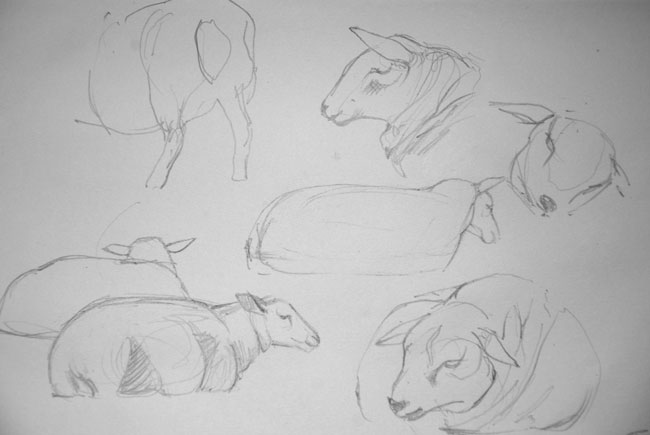