I’ve been enjoying observing the weird and wonderful inhabitants of Shetland for the last couple of weeks, and over the next week or so I’ll post some of the sketches I did while I was there. Tonight is Seal Night. These are harbour (or common) seals.

In Shetland seals are called selkies. According to the folklore of the northern and western isles selkies possess magical powers, being able to cast off their seal skins to become like humans and bewitch them.

The Shetland selkies are pretty tame, and are incredibly abundant. I love how fat they are. They vary hugely in colour, some pale sandy coloured, others almost black, many with spots. 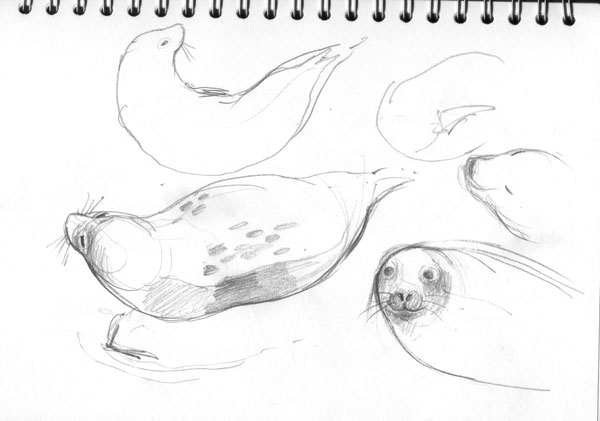 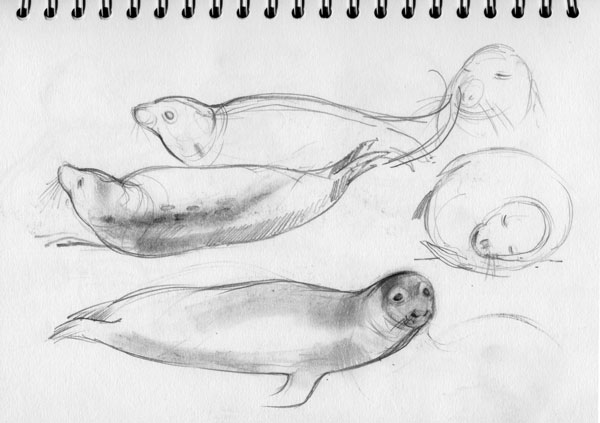 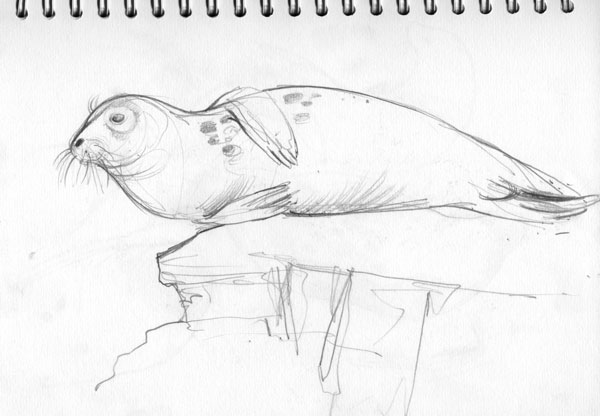 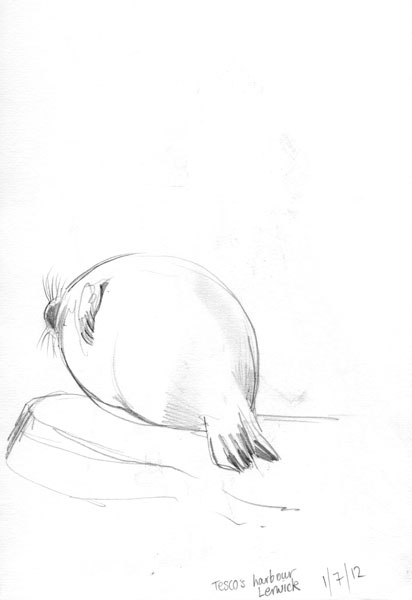