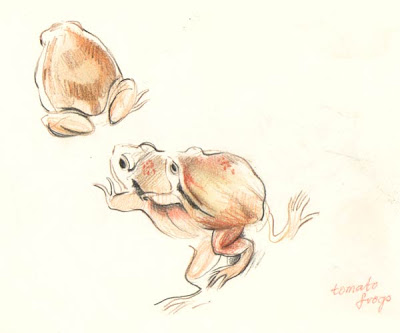 I was at kely (which means little in Malagasy) Masoala last week, a Madagascan rainforest in Zoo Zurich – an 11,000 sqm hall filled with authentic Masoala species – plants, birds, bats, lemurs.. even ants and termites which hitched a lift by accident, and are now thriving. Soil had to be imported, to allow the development of authentic fungi and bacteria, apparently this was the most difficult thing to get through customs.The project is only 10 years old, yet already gives an amazingly authentic impression of being in a Madagascan rainforest, and some trees are already 25 m tall. The planning of the hall took years, and it has been been designed to look as natural as possible. Speaking from experience, the whole thing compares very favourably, actually – no malarial mosquitoes, fewer spiders, no crocodiles. There are dugout canoes, but you’re not expected to use them. Kely Masoala works in partnership with the national park in Masoala in Madagascar, and raises funds for en situ conservation and humanitarian projects, it also carries out a great deal of educational projects to raise awareness of Madagascar.

These are a couple of sketches I made, of a panther chameleon and tomato frogs. These frogs are endemic to the Masoala area of Madagascar, which is in the north east part of the island. They are pretty hilarious to look at, they really do look like sort of over ripe squashy tomatoes.
The chameleon was really slowly hunting, slow, that is, until it shoots out it’s bizarre tongue, which must be at least 25 cm long. Malagasy people apparently mistrust chameleons because they look both into the future and the past at the same time.