An abundance of elephants. I returned from South Africa a week ago with a sketchbook full of animals and a rucksack full of shells, porcupine quills, and various other items DEFRA would not approve of. I had a fantastic month. The landscape is stunning and the sheer abundance of amazing wildlife everywhere is breathtaking. You literally don’t even need to unzip your tent to see it; the baboons do that for you.

These elephants are in Addo Elephant National Park. This park was created in 1931 to protect the last 16 elephants in the Eastern Cape. Today there are over 400. I’d never seen wild elephants before and it was such a privilege to be able to watch them playing in the water. Unlike many of the species I saw in SA, I have seen and drawn elephants before in zoos, so it wasn’t quite as much of a challenge as it might of been. However… elephants move very swiftly, and so basically I have a collection of ‘bum drawings’. Not that that’s a bad thing, elephant behinds are very interesting.

The elephants did not like sharing their waterhole with other animals; so I’m uploading them first and keeping them separate from the other species, which I’ll add over the next few days.

Apologies for the dark scans. 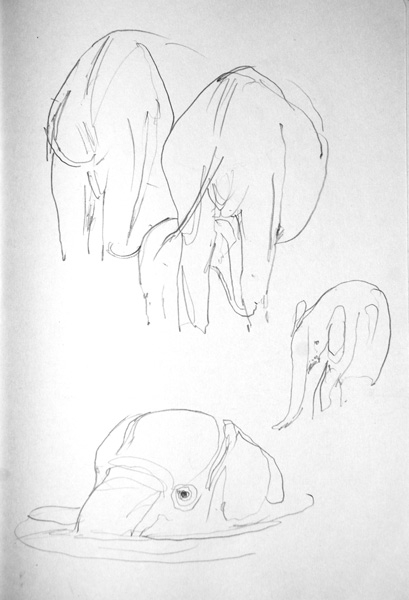 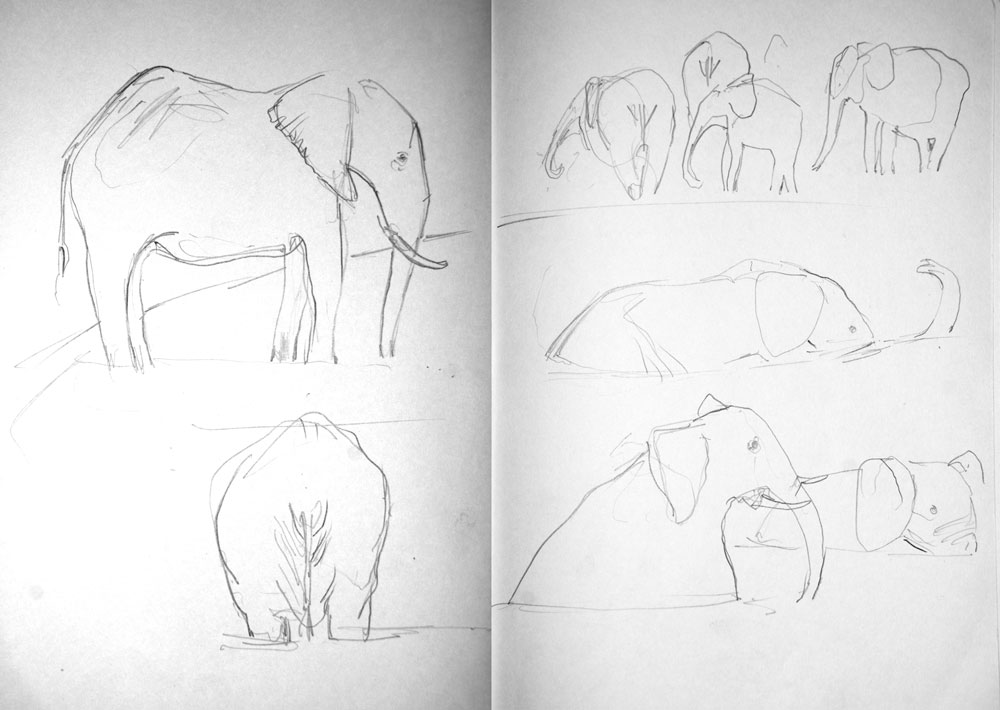 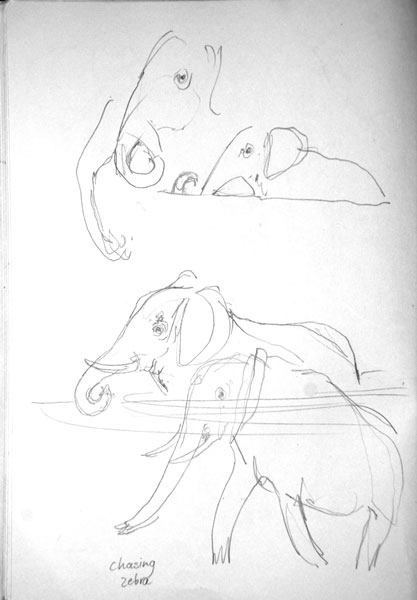 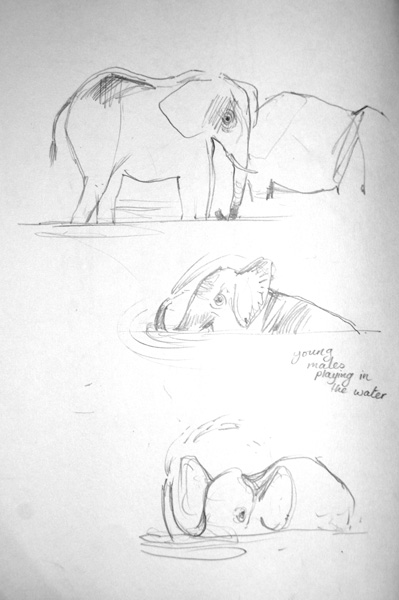 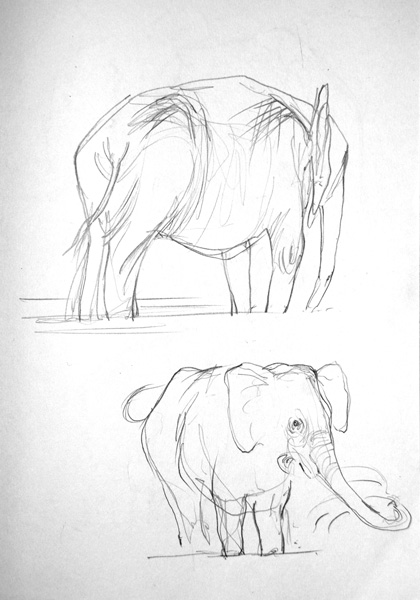